Fire at Anderson Marsh reported to be under control; cause under investigation 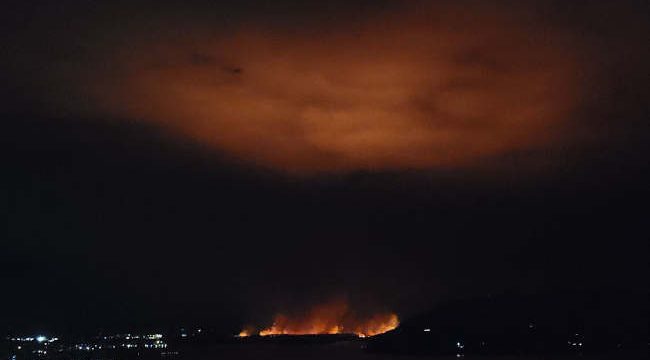 Fire at Anderson Marsh reported to be under control; cause under investigation

LAKE COUNTY, Calif. – A fire that began at Anderson Marsh State Historic Park on Tuesday afternoon continued burning overnight, with firefighters reported to have it mostly under control.

The fire was first reported at around 2:45 p.m. Tuesday, according to radio reports.

State Parks staff were at the park’s ranch house doing some burning to clean up burn piles – a control burn had been conducted there in late February – when they spotted a fire on Slater Island and called it in, said Aaron Wright, public safety chief for State Parks.

Firefighters had requested the Lake County Sheriff’s Office Marine Patrol respond to the area, but dispatch reported over the air that the sheriff’s office couldn’t launch the boat due to the low lake level.

Wright said parks staff were able to access the fire on foot.

He said the fire was completely unrelated to the control burning going on at the park.

By evening, the fire had burned about 40 acres and had containment lines mostly around it, Wright said.

Radio traffic indicated the fire was burning near the lake in tules.

“We’re still investigating what the cause was,” said Wright, who added that he anticipated the cause could be manmade.

Firefighters monitored the fire overnight, according to radio traffic.

State Parks staff were reported to be on scene through the night, with fire agencies to meet at 8 a.m. Wednesday to assess the fire’s status.